After extensive analysis and testing, the CLT Dolly Set Mobilizer system was licensed and fielded in late 2008 in five European NATO countries after being certified to the EU Framework Directive 70/156/EEC (Type Approval of Vehicles and Trailers) as an O4 Trailer.

This certification permits the CLT Dolly Set to be licensed and to drive on all EU member country roadways. Individual licensing requirements were also studied and met prior to actual fielding in the UK, Germany, The Netherlands, Italy and Denmark.

The latest configuration ABS brake systems were fitted to the system and fully tested as part of the certification process. Other critical tests included strength tests for a new design rear under-run protection device and fatigue tests for the dolly set towbar assembly. For a complete listing of the 15 categories of approval, relevant sub-directives for each, and CLT Dolly Set Approval Numbers, see the EU Road Certification Summary. 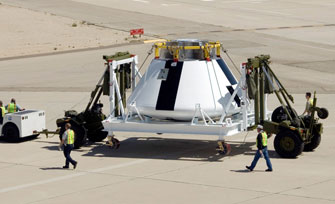 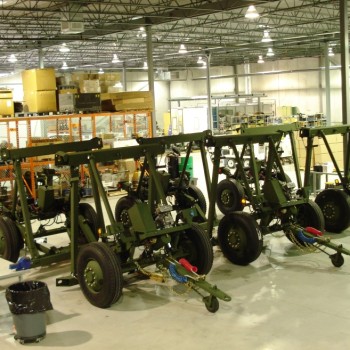