The EADS designed TransHospital consists of a rescue station with staff accommodations and includes 2 large tents, a rescue container, a connection module, a water and power supply container and a transport container. The TransHospital can be transported by truck, train or vessel, and Thailand’s system can also be transported in a C-130 Hercules medium tactical transport aircraft.

The CDK M1022-A1 system is used to self-load and transport the associated ISO Containers, load them onto other transport vehicles and trailers, and to load and offload the containers to/from C-130 aircraft.

Final acceptance of the system included C-130 loading, tie down and an actual flight to simulate hospital delivery to a remote location.

Kevin Mulligan of CDK along on the Certification Flight 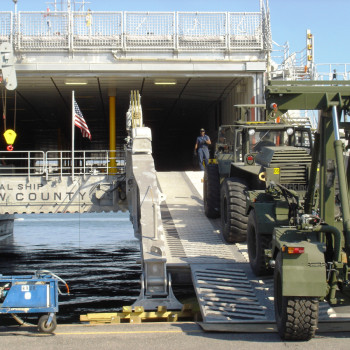 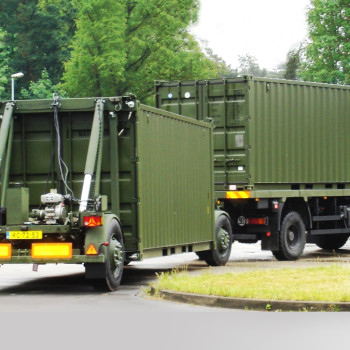